when I went to RMAF 2010 it was the first time I saw a tonearm mounted on a big wooden turntable carrying a cart with blue lights blinking at the top end. As many people I thought too “what a nice gimmick” for guys sitting in the dark listening to their records and getting excited by blue lights… 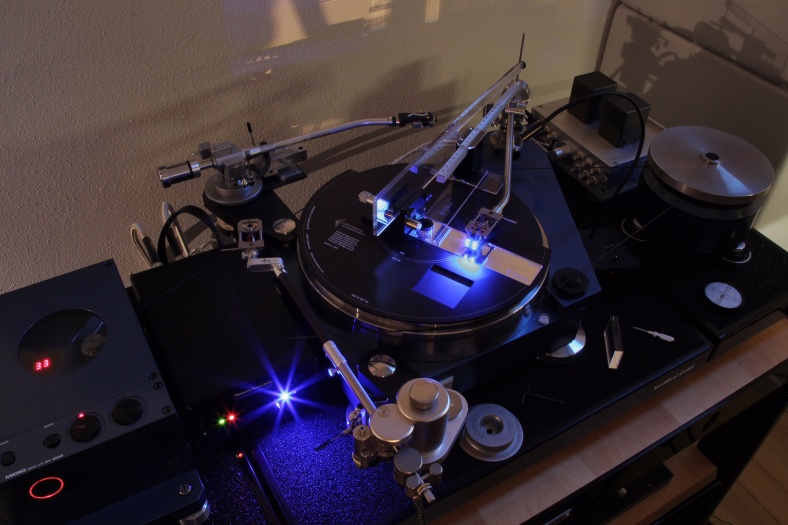 Later on returning to Denver I learned that it is a cart of Peter Ledermann’s Soundsmith laboratory which comes together with a small box full of electronics comprising the Strain Gauge circuit, a design and construction which is unlike any other phono cartridge not using any RIAA filter circuit. 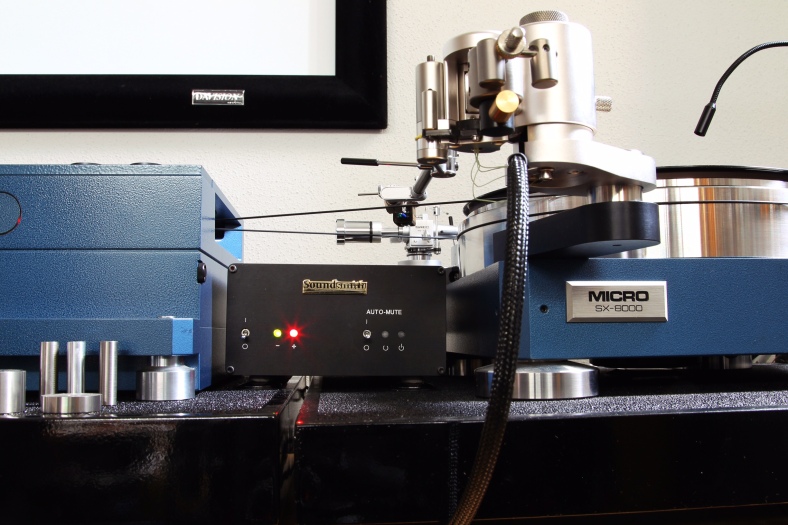 The Strain Gauge plays the RIAA EQ curve on the record correctly as it is a displacement device, producing an output that is dependent and directly proportional to the amount of displacement of the stylus, not the velocity, like magnetic carts. You will find a very thin silicon semiconductor per channel which are passed by a supply voltage. Thus every movement leads to a different signal.
The technology comes with so many advantages, less weight, mechanical and electrical pros that its niche position is not quite understandable. 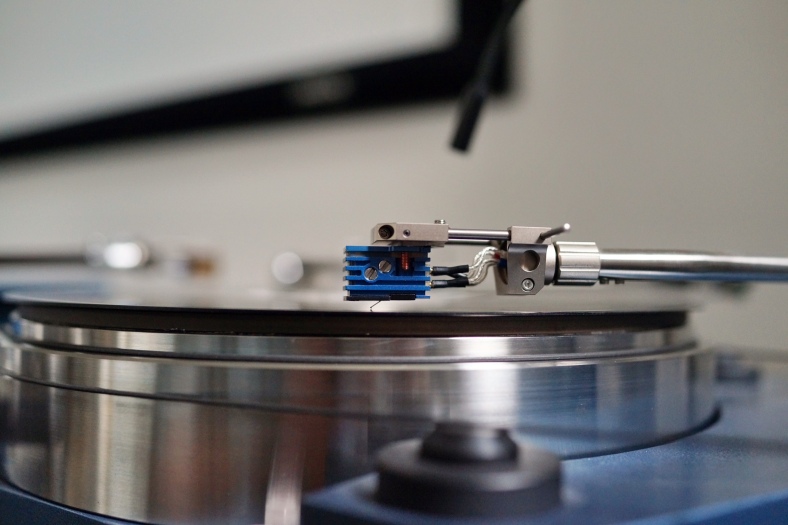 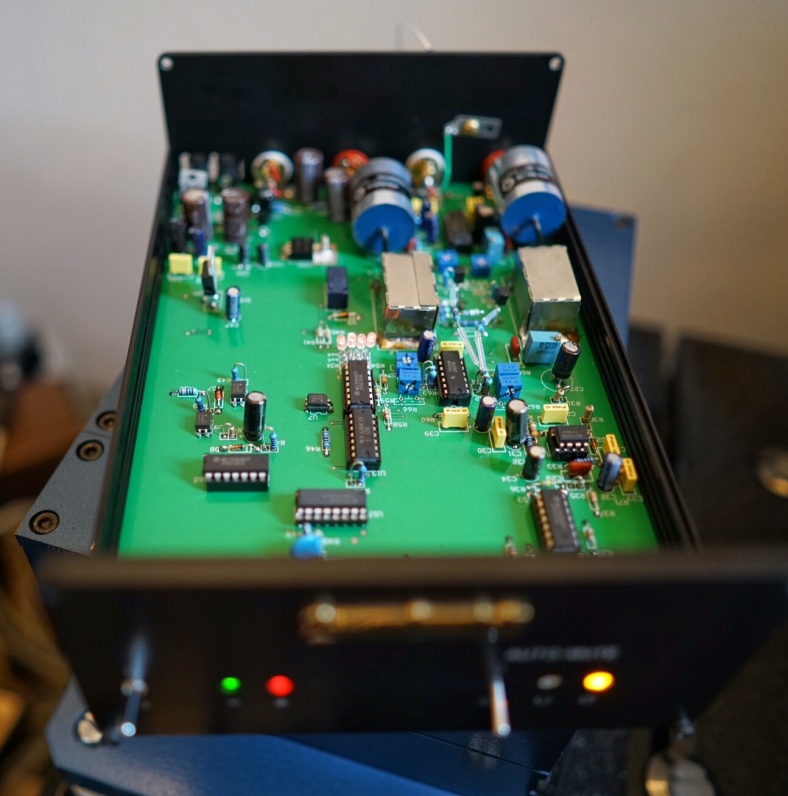 Soundsmith belives that “less is more” – the fewer parts in the signal path, and the rational choice of minimal compensation in the playback circuitry at the extreme high end the better.

My SG 200 unit was modified in the lab to the latest version and equipped with a SG-6 styli = Optimized Contour Nude Contact Line/Ruby Cantilever. You can select between diffferent styli and exchange by yourself except when the stylus is broken which then needs a treatment at the lab. 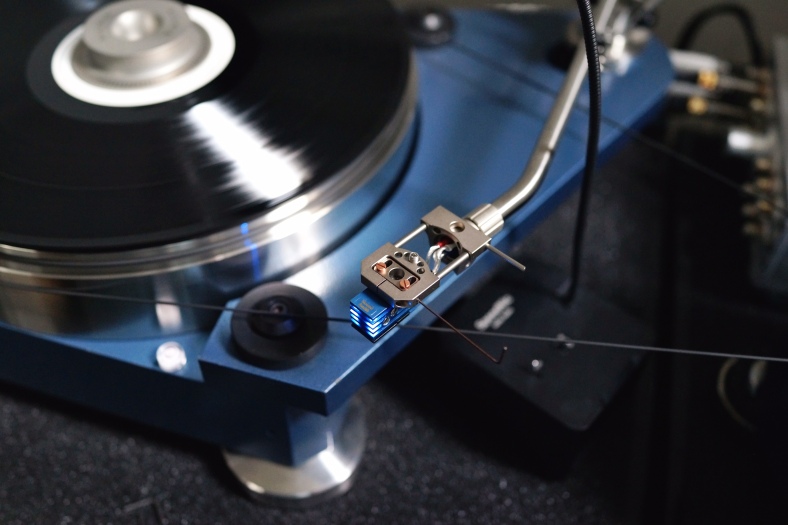 I was curious if this “high end’s best kept secret”  (as I have not met many people considering this kind of cartridge techology as among their top carts) really leads me to new shores? At the moment everyone is talking about the optical cartridge from Japan. Nevertheless the opinions on the latter vary from technical breakthough to fall-back on the CD sound of the early days of digital discs. 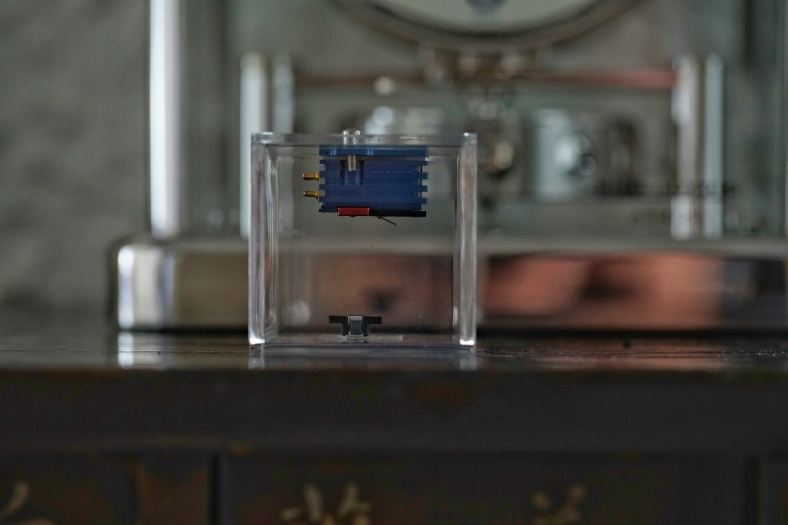 The Strain Gauge`s  sound  is a very transparant one. In the beginning your are believing the bass is missing but it is not. The music is such detailed and open, nevertheless not hard, cool or harsh that you feel being transformed from a fat man to a well trained top athlet (maybe wishful thinking as well…). You are always searching for the deep bass you are used to hear with some records and you end up agreeing with yourself that it is the quality of the record which defines whether it is a match with the Strain Gauge or not. In case you have well recorded and perfectly pressed vinyl the Strain Gauge delivers more transparancy, more detail, more atmosphere and a lovely sound than most of the other carts I know do. If you are using “not top material” I would stay with other devices. Additionally I feel the Strain Gauge is very VTA sensitive, so go for exact adjustment and try running it at 2,3 g.

Don`t get me wrong, there are some carts – and tonearm combinations, also vintage ones which I would never miss – especially on Mono records – but the Strain Gauge is something very exeptional due to its technology and because of its different sound. I like it very much! 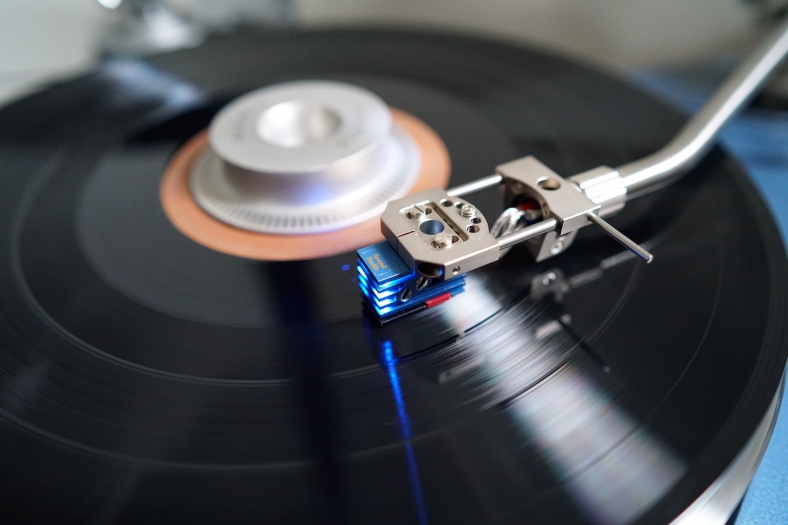