In the beginning of recording adventures the recording process itself was facing some challenges, so among other issues bass modulation became excessive and overcutting took place, with the cutter into the next record groove. Audio engineers developed some measurements, also using pre-emphasis and de-emphasis.

In processing electronic audio signals, pre-emphasis refers to a system process designed to increase (within a frequency band) the magnitude of some (usually higher) frequencies with respect to the magnitude of other (usually lower) frequencies in order to improve the overall signal-to-noise ratio by minimizing the adverse effects of such phenomena as attenuation distortion or saturation of recording media in subsequent parts of the system. That is the mirror of the de-emphasis. The whole system is called emphasis. The frequency curve is decided by special time constants. The cutoff frequency can be calculated from that value.

The usage of pre-emphasis above 1.000 Hz in 78 and 33 1/3 rpm records started some 29 years before the RIAA curve (Recording Industry Association of America)  was accepted as industrial standard. The RIAA curve defines transition points which correspond to 2.122 Hz, 500 Hz and 50 Hz. After a “market war” between Columbia and RCA Victor by the time of the Stereo LP in 1958, the RIAA curve, identical to the RCA Victor New Orthophonic curve, became standard throughout national and international record markets.

It is suspected that many records were still using EQ curves other than the RIAA well into the 70s. As a result, recently more and more high-end audio manufacturers have been bringing out Phono Equalizers with selectable EQ curves, including options for e.g.  Columbia, Decca, EMI, Neumann  and TELDEC’s Direct Metal Mastering.

Why should the vinyl user of today consider thinking about different equalization curves other than RIAA and which effect or advantages do other curves provide for the vinyl entertainment? 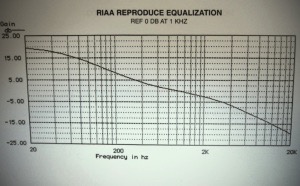 Most audiophiles believe using a special EQ curve on a record may change or smooth the sound to quite some extent. This is not the case. It is more or less the correct answer to the put question – equalization when recording. Nevertheless correct replay curves have a profound effect on the tonal balance of the recordings.

There are different types of phono stages providing equalization. The Boulder 2008 or the Zanden 1200 are respectively coming with three curves each.

In the pictured Boulder unit RIAA is fitted as a standard but two other internal PCB`s are installed, Columbia and EMI (in front of the blue compartment), that activate the other two EQs switches on the front plate. 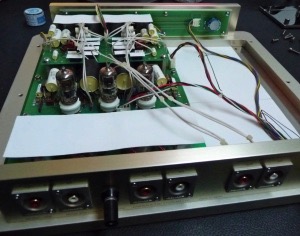 The Zanden 1200 MK II allows the user to choose between the RIAA, Columbia and DECCA equalization curves by the simple turn of a mercury rotary switch but the MK III version  attracts by  the addition of EQ curves for Teldec and EMI LPs. 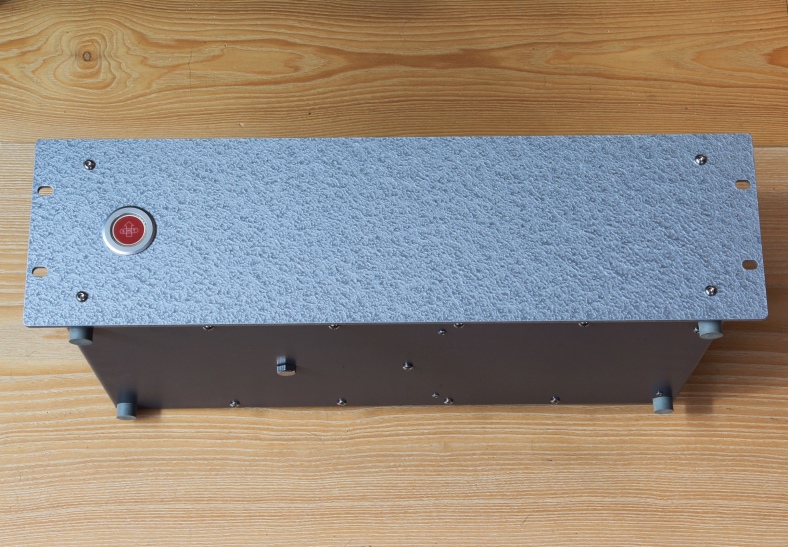 The EMT JPA-66 (the PS above) provides a fully variable equalization filter, one can easily adjust to the unofficial, but relatively often used RIAA+Neumann curve. This curve has only ½ dB difference to the RIAA at 20.000 Hz , but a roll of at 35.000 Hz.  As a result you`ll notice, especially with modern records, an extended and more open high tone range. 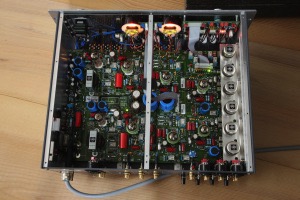 The variable filter curves can be selected very easily. Ideally one would use a 78 rpm record with sung music and start with the following selections and settings:

While listening specifically to the voice it is recommended adjusting the turnover knob to the left and right optimizing the position where the voice sounds most natural. This would then be the correct turnover frequency for this particular record. In the next step while listening to the higher frequencies one may turn the Hf-curve knob towards 0 looking for a position where the high frequencies are optimally balanced. The rule of thumb is: the older the record the smaller the number for this adjustment. 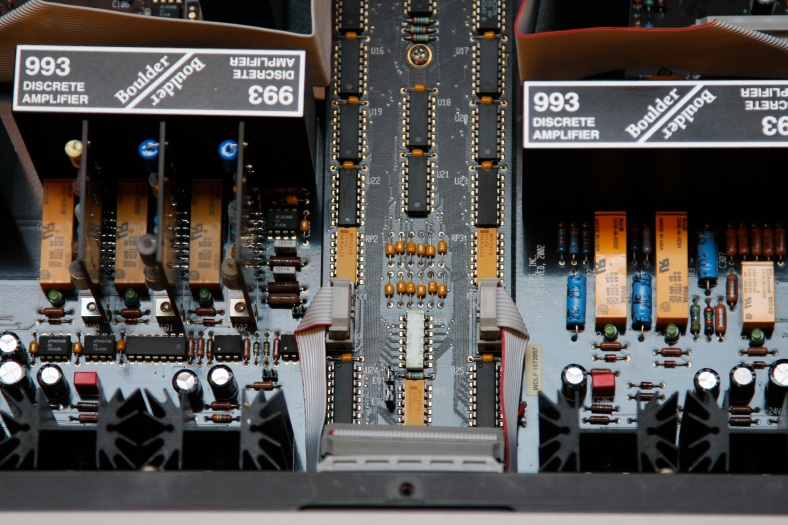 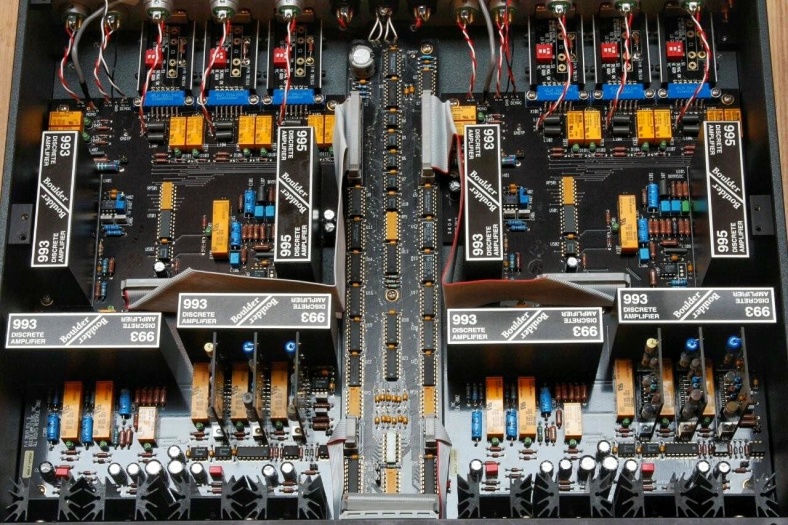 Other phono stages like the SENTEC EQ 10 Tube Mono Phono Preamp or the Wavestream Kinetics Archival Phono Stage allow several hundreds EQ curves for early mono and all 78 rpm records or for the latter different modular EC cards. The FM Acoustics Phono is another serious contender  in this very exclusive field.

Regarding the question which records should be considered as non RIAA compatible there is a strong belief only pre 1955 stamped records need to be treated by alternative curves, meaning only for a small group of special collectors it is worth investing in expensive phono stages providing more flexibility on EQ curves. Following the fierce controversies among collectors when it comes to the question of the relative sonic merits of Wide-bands versus Blue-backs one may get the impression the equalization issue might be a niche for madcaps. This is not the case!

The Neumann curve, for example, has a roll-off at 35,000 Hz, the RIAA at >50,000. For this reason,  “Neumann records“ sound somehow muted with a RIAA equalization, which then again leads to the fact that many high-end systems (with RIAA) require a highness(over) emphasis in order to be able to play these records “appropriately“.

A more or less proper EQ correction is carried out by many Preamps.

The trick, however, is not only to correct the amplitude response depending on the frequency but not to adversely affect neither phase nor impulse response.

Many High End friends were asking me whether the alternative equalizations can be used for stereo records or not? Some poeple believe DECCA, EMI, Columbia and other curves can be used only as a form of tone control replaying stereo records.

Let me put some more light into this almost forgotten chapter of vinyl history. Before 1957, each record company applied its own equalization; there were over 100 combinations of turnover and rolloff frequencies in use. While in 1958 the agreed RIAA standard was established English and French and some other nations`engineers still used their own curves, mostly because the wanted adjusting deviances of their own microphones and amplifiers. So it took at least until 1960 that most of the labels were adopting the RIAA curve. For most of the Stereo records after 1960 recording engineers were using the  RIAA curve..

It is  even possible that some record cutters  were still using EQ curves other than the RIAA well into the 1970s like e.g.
Columbia, Decca, CCIR, and TELDEC’s Direct Metal Mastering.

Nevertheless the real impact of these alternative curves you may realize on original old Mono records before the Microgroove age. In case of reissues usually the RIAA standard is applied, also on fine Mono repressings like the Mosaic label is using (e.g. the Complete Commodore Jazz recordings Volume I-III).

Using the alternative curves as a kind of equalizer (tone control) is up to everyone. I wouldn`t do it. In the case of the Neumann curve you sometimes get a clearer, more open sound without loosing warmth.

From my point of view still important is the correct adjustment of the needle in the groove. In case of old Mercury records e.g. you may realize what happens when you put down the tail of the tonearm a little more…