113 years ago the famous Telefunken company was founded in Berlin. In 1966 -50 years ago- Telefunken was incorporated within AEG-Telefunken and did not exist anymore in its original form. Still today we love the products, especially the tubes, records and R2Rs.

A wonderful book called “Telefunken nach 100 Jahren” (Telefunken after 100 years) decribes the story of Telefunken in all its different business fields. It is interesting to learn that AEG-Telefunken and Decca sold their 30 years long joint record business to a Swiss Holding Company in 1982. In 1989 Warner bought these Teldec shares, closed the activities in Hamburg in 2001 and continued the business at Warner Classics out of London.

Telefunken did not start as a record company but produced everything else dealing  with music, microphones, radios (tuners), loudspeakers, turntables, cartridges etc. In 1932 Telefunken bought the “Deutsche Ultraphon Altiengesellschaft”, a small record company existing since 1929. This was the beginning of their record business comprised under TELEFUNKEN-PLATTE GmbH. 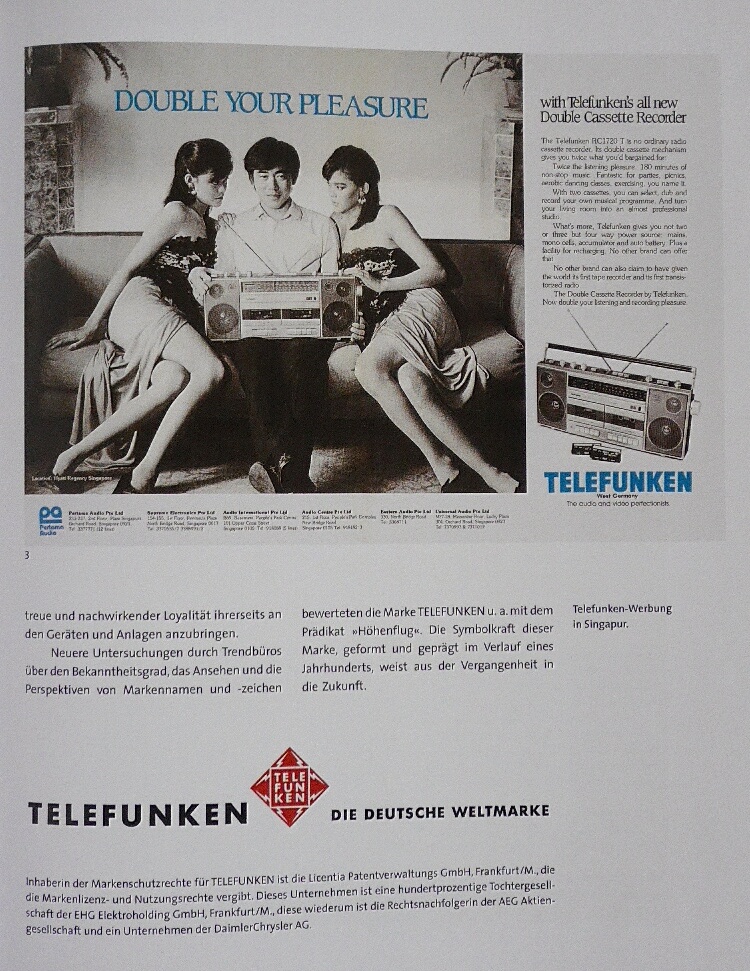